As I was walking on the beach I saw a group of people surrounding a waka it was light brown it had pookunna pictures on it the pookunna face was sketched by a famous person and it said on the waka that’s how I new it was sketched by a famous person. There was people in the waka and they were talking about something and I wanted to listen but I didn’t understand because he was talking in maori that’s why I didn’t understand anything the maori people said to me.

I can see bird’s squawking over my head. It had white smooth feathered wings. I also saw some people swimming I went and touched the water it was so freezing cold. And I was so lucky because I Brought along with me a really warm Jacket. then I saw some waka’s I decided to stay and watch.

I can hear the water splashing cause of the boats. I can also hear the dog barking cause of the wakas that are just arriving. Then one of the people on the boats said who want’s to come up here and volunteer to come and stand onto my waka I put my Hand up then he picked me I asked him for his name he said his name was Frank. I said what Should I do he said you had to come up here so you can show my village how to sale I said ok I was so nervous so frank said I know you're nervous you don’t have to show my village how to sale I said ok I can’t do it right now Frank said ok I will get another volunteer to come up here I said great because I need to go home right now Frank said ok then I walked home When I got there it was night time so when I got in the house I went straight to sleep.
Posted by Norah Jade at 10:29 No comments:

Email ThisBlogThis!Share to TwitterShare to FacebookShare to Pinterest
Labels: 2017, writting

Today I am on chapter 3. It is about a boy named Lucas raised his hand and he said he wants to be centre striker he also said raise your hand if you have played team soccer Polly was the only one who didn't raise her hand she was embarrassed in front of anyone who played soccer Lucas said have you played soccer Polly said no and Polly was also super nervous Lucas said it is OK if you have never played soccer before Lucas said you can sit out for the first half so you can watch them play and so you know how to play alright Polly said OK. then the coach said great Idea Lucas you might be captain next Lucas was so happy. That is the end of chapter 3.

Email ThisBlogThis!Share to TwitterShare to FacebookShare to Pinterest
Labels: 2017, reading

This is my Brand New shoes I made it on to my Chromebook it is called a Islander shoe and as you can       see it has my name on it at the back.
Posted by Norah Jade at 12:47 2 comments: 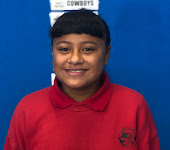 Talofa lava welcome to my blog, if you would like too you could look through my blog, and also you can read some of the writing I did and go through some slides that I have done. And My name is Norah-Jade at Pt England School I am a year 6 and my teachers name is Mr Goodwin, I have got 5 siblings and including me there is 6 of us. I enjoy playing sport like Netball and cricket, because it is so fun and I get to spend time with my friends a lot, what I like to do is cook with my aunty, my favourite thing to do is have fun with my siblings. My favourite subject is reading and maths because it is sometimes easy for me and sometimes hard for me but I still like it, On the weekends we sometimes go to my dads cricket so that we could support him, we also go to hamilton in the weekends to visit my dads family. Sometimes we go fishing with my dads friends on the weekends too. I also really love to go to my nana’s house because when I go there I see most of my aunties and uncles and also my cousins.